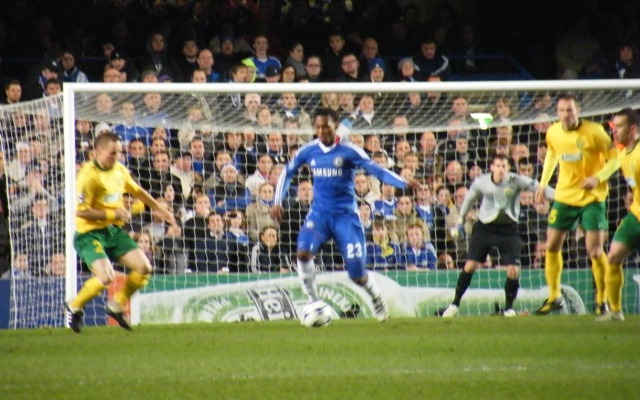 Thanks to second-half goals from Daniel Sturridge and Florent Malouda we fought back after going 1-0 down to beat MSK Zilina 2-1 and preserve our 100% record in the Champions League.

We had trailed to Babatounde Bello’s shock 19th-minute opener for the Group F minnows but Sturridge levelled six minutes after the break.

Malouda then grabbed a vital winner when he slotted home at the far post four minutes from time to ensure we finish in top spot.

Zilina, battered by Marseille in their last Champions League outing, had arrived with an attacking mentality that gave our youthful side something to worry about in the early stages.

We first threatened the visitors in the 17th minute when Gael Kakuta sent over a cross that almost dropped into the net at the far post, but then hit trouble in the 19th minute when Bello sliced his way through our defence and coolly slotted the ball home.

We fought back when Kakuta put Sturridge in behind the defence but the striker saw his shot slash wide of the near post.

Zilina almost added a second on the half-hour when Tomas Majtan got clear to test Ross Turnbull at the near post. The Chelsea keeper was lucky to claw the ball away from danger as Zilina continued to threaten.

Seconds later Sturridge forced Martin Dubravka into a fine save when he sent a 20-yard angled drive towards the top corner. Malouda should have levelled the scores in the 35th minute but he sent a tame header into the arms of Dubravka from six yards. Malouda then tried his luck from 25 yards but he failed to find the target.

Another chance went begging in the 39th minute when Daniel Sturridge somehow sent a six-yard shot over the bar, although we were at least beginning to exert some pressure.

Carlo Ancelotti replaced Kakuta with Salomon Kalou at half-time and the Ivory Coast striker sent a shot just over the bar from 20 yards straight from the re-start.

We equalised in the 51st minute when Kalou’s cross eluded everyone in the six-yard box apart from Sturridge at the far post, he slipped the ball through the legs of the Zilina keeper to make it 1-1.

We were now in the ascendancy as Ramires sent a 25-yard drive just past the post as we increased the tempo.

Didier Drogba almost put us in front on the hour but his free-kick was tipped onto the crossbar by Dubravka and Branislav Ivanovic headed over from close range when the ball was played back into the area. Chelsea were now dominating and pushed on in search of the winner.

In the 69th minute Sturridge curled a low shot around the post after we had superbly carved open the Zilina defence. Patrick Van Aanholt was denied by the woodwork a couple of minutes later when his thunderous 20-yard drive cannoned back off the left-hand upright.

Midfielder Josh McEachran, who had been sublime all night with a range of delightful passes, put Drogba clear in the 75th minute but he fired high over the bar. However we ensured our place at the top of the group when Malouda slotted home at the far post after Drogba had headed substitute Nicolas Anelka’s cross into his path.

So job done and next a return to the premiership away to Newcastle on Sunday.