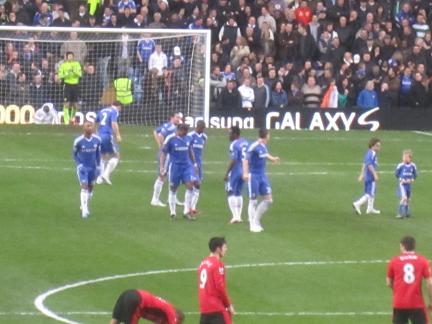 After the 7-0 thrashing of Ipswich in the FA Cup, Chelsea supporters were looking for the same again from the team against Blackburn Rovers at The Bridge today.

With our recent league results not going the way we would have wanted, a good performance with a win was minimal requirements from today’s game.
With no goals in the first forty five minutes, despite total control, Chelsea came out in the second half determined to get something from the possession they had shown throughout the game.

With goals from Ivanovic after 57 and Anelka again on 76 minutes, Chelsea secured their first three points of 2011 and looked to have put this bad patch behind them.

Next up, tricky away games at Bolton and Sunderland with an FA Cup trip to Everton squeezed in between, both league games being midweek evening kick offs so, some tricky times to come for both the team and the supporters.