[1]Traumatised war hero Kennedy Jones’ life spirals violently out of control when he joins Uncle Manny’s criminal enterprise. Involvement in a murderous plot leads to a lengthy prison sentence and the fragmentation of his family. On release, Kennedy begins to unravel the truth about his father Alec’s brutal death and Manny’s manipulative obsession with his mother Vera. Kennedy sets out to right the injustices of his life and win his family back, but will Manny’s cunning prove too much for him?

Patriotism, Courage, Friendship, Love, Hate, Obsession, Incarceration, Murder. From the backstreets of Battersea and the Stamford Bridge terraces, to battlefields serving Crown and Country and beyond, This Damnation is a white-knuckle, page-turning ride into the abyss of madness.

“With its deep roots and deeper obsessions, this fine novel digs into notions of love and loss and longing in powerful fashion. Open ‘This Damnation’ and you won’t be putting it down any time soon.”
John King, author of ‘The Football Factory’ and ‘Human Punk’.

Available to purchase in paperback for £9.95 on Amazon now here [1]

All details on the following flyer: 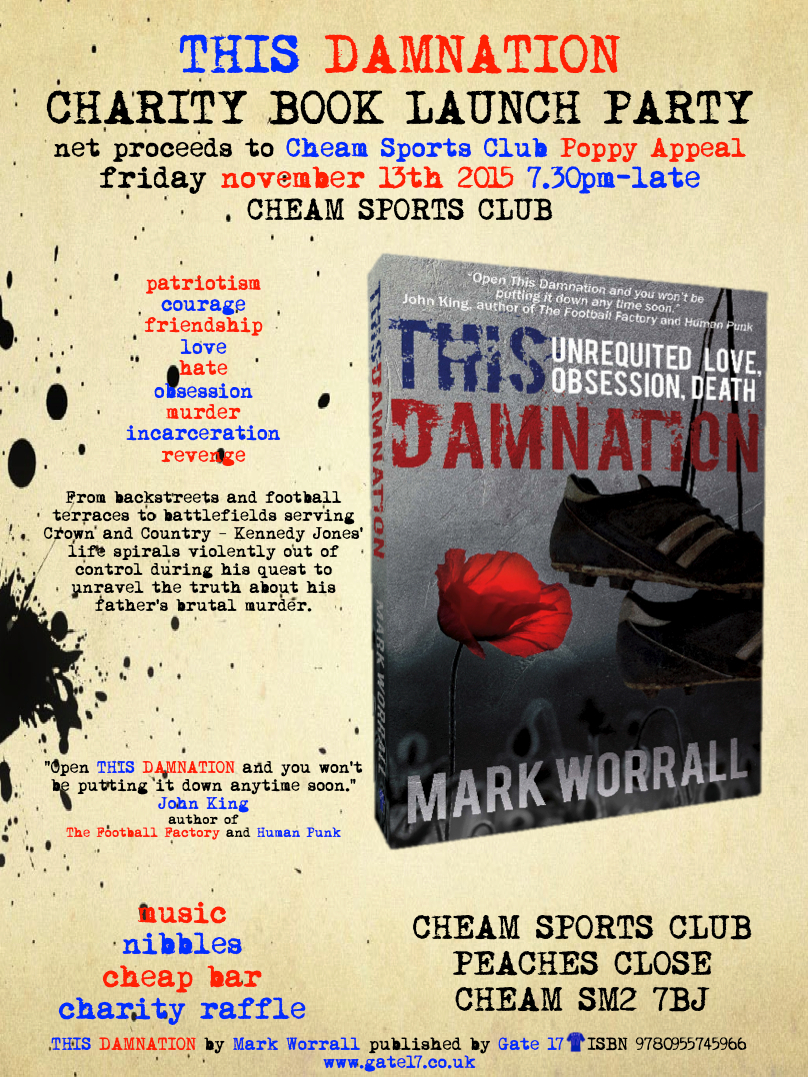