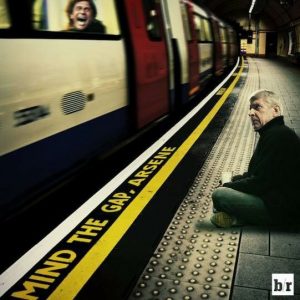 If we endowed nothing else on birthday boy Hugo today, we did at least teach him an awesome song to take back to France. (“You’re F***ing Sh*t”) I make no apologies for the fact that I wrote this whilst totally off my face on gin and violet liqueur cocktails in a bar in Putney.

As a Chelsea fan I couldn’t give a sh*t, because we won, but if, God forbid, I was a Gooner I’d be livid that seemingly no more thought had gone into it than that. Whinger says the first goal was a foul on Bellerin. Firstly, I’m not sure you can punish anyone for wanting to elbow his rat face, but secondly can we just pause for effect in recognition of the fact that the short-sighted c*nt  actually admits he saw something. The banners were out. Pork Pie  (sitcom alias – Desmond’s) wants me to draw attention to one clearly made on the train. “Enough is Enough. Time To Go.” I have it on (drunken) reliable authority that this was wielded by Piers Morgan. And the guy with him was wearing a half and half scarf. I have to disagree heartily. I think he should stay. Forever. Alonso has struggled in some games in this new position, but he had some joy against this lot today that was a reward for his ceaseless effort. Pesto’s workrate was just astounding , and let it not be forgotten eithe,r just how reliable and consistently good Dave is at the back. And a word on Antonio. He’s the manager Roman has been looking for for ten years. Outstanding fit. And he looks great in his pants.

You can see all ACs Blogs here [3]