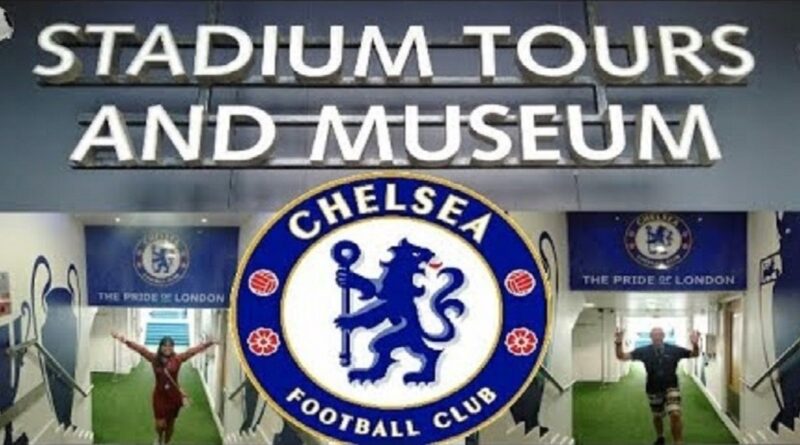 The Classic Tour And Museum

The tour with a ‘little bit more’! Enjoy this extended guided tour of Stamford Bridge which begins in the Chelsea FC Museum and tells the full story of the club’s 115 year history. Your tour begins with the opportunity to view exclusive matchworn items from the Men’s 1st Team. From there, your tour guide will then lead you through the Home Dressing Rooms, Press Room, Player’s Tunnel, Pitchside and much, much more. Each guest receives a free Chelsea FC Lanyard and the opportunity for an official photograph with the UEFA Champions League trophies on arrival (photo must be purchased separately). This tour is available once a day and in English language only.

The Stadium Tour And Museum

This is our most popular product! Take the tour that has been enjoyed by millions of sports fans from all around the world for the last 22 years! Our fantastic live tour guides lead you through Stamford Bridge on a fantastic 60 minute experience including the Dressing Rooms, Press Room, Player’s Tunnel, Pitchside and much more. The Chelsea FC Museum, home to the most complete collection of silverware in London, can be visited either before or after the tour and is included in the price of the ticket. Each guest receives a free Chelsea FC lanyard and the opportunity for an official phtograph with the UEFA Champions League trophies on arrival (photo must be purchased separately).

The Legends Tour And Museum

The ultimate tour package! Experience Stamford Bridge with a Chelsea FC legend, offering an unrivalled insight into what it’s like to be a Chelsea player. Guests will enjoy fascinating (and often hilarious) stories from their legend’s time as a Blue within a tour experience that includes both home and away dressing rooms, the players’ tunnel, pitch side, a Q+A session and much, much more. Each guest receives a free Chelsea FC lanyard and a photo with the UEFA Champions League trophies included in the price.

A Chelsea FC Tour and Museum Gift Voucher is the perfect way to treat your Blues-mad family, friends or work colleagues. Choose from any one of our fantastic tour and museum packages with the flexibility for the receiver to take the tour at any time over the next 12 months.

The VIP Private Tour And Museum

Enjoy an exclusive tour of Chelsea’s home turf! Your very own private tour guide will escort you on a VIP tour experience with no other members of the public. Enjoy the full Stamford Bridge tour including the Home Dressing Room, Press Room, Player’s Tunnel and Pitchside ending with a delicious 2 course lunch at Frankie’s restaurant and time in the club’s award-winning museum.

Who And When In The Champions League