In the first part of an interview series profiling Thomas Tuchel’s coaching staff, we hear from Anthony Barry.

The 36-year-old joined Chelsea in the summer of 2020 while Frank Lampard was head coach, having impressed our record goalscorer when they worked together on a coaching course. Barry arrived with a growing reputation as a set-piece specialist and made a swift impression on colleagues and players alike.

He was retained as part of Tuchel’s staff when the German succeeded Lampard in January 2021, playing an important role in our successes in the Champions League, Super Cup and Club World Cup. Earlier this year, he was handed a role with the Belgian national team, which he combines with his Chelsea work.

Here, we discuss the former midfielder’s playing career, his early switch into coaching, how he developed a passion for set-pieces and why he is so grateful to be part of Tuchel’s team…

Let’s start with your playing career, during which you made over 300 senior appearances and played up to League One level. How did you find that time?

‘I didn’t really enjoy my playing career when I look back at it now but it was a great education for me. It was something that prepared me in terms of always being grateful for everything that I now have and the opportunity that I have to work at this level, to know what it’s like to be at the lower levels.

‘The education for me was absolutely what I needed. As a player at the time I probably thought I was a little bit better than I actually was and so I look back now at a career of mediocrity in truth.

‘I never really felt I had the mental characteristics to be a top player. Maybe I had a little bit of talent or technical skill to do a bit better but not really the mental make-up that I see these lads have now. That wasn’t something I was blessed with.’

So when did you start thinking about a career in coaching?

‘I got a big injury at 24 when I dislocated my platella and was told my career would be over. After about 17 months, I came back but I knew I’d never get to the same level again and that’s when I started coaching and did all the badges very early.

‘I was fortunate enough to get a first team coaching role aged 30 to go into Wigan with Paul Cook. At the time it made me the youngest first team coach in the country and it was a little bit of luck that came my way that a manager had spotted me working in academy football and out on courses. He gave me the headstart that allowed me to grow a career from a young age.’

It was during that first coaching role at Wigan that you worked with senior players, including our very own Reece James, who came in on loan in 2018/19.

‘Yeah, that’s right. We took Reecey in the second year after getting promoted from League One. He spoke far fewer words than he picked up man of the match awards!

‘But he was without doubt the outstanding player in the Championship, even as a teenager. We used him in multiple positions and it was sort of like he was the best player on the playground so we put him in the main position in midfield, where he was outstanding.

‘The year after we took Dujon Sterling so we had some experience with a couple of Chelsea players. Wigan for me was just the perfect grounding with a head coach in Paul Cook who taught me so much and gave me such a platform to work. He gave me so much grass time to practise and to really find myself as a coach so it’s three years that I look back on fondly.’

It’s probably fair to say you then started to develop a reputation as a set-piece specialist but how did that specialism come about for you?

‘It was on the UEFA Pro Licence course where at the end you have a sort of dissertation project and I chose to look at throw-ins. At the time at Wigan, we were trying to get more possession in the game and as a coach I was just looking for areas that I could maybe develop the team in the Championship and how could we get more possession.

‘I started to look into all different ways and eventually came to set-pieces – can we use free-kicks or throw-ins? – that’s where I landed at throw-ins and started to study them in more detail. Liverpool had just employed a throw-in coach that I’d read about and I just really wanted to know if they were that important or not.

‘We analysed a full season in the Premier League and looked at 17,000 throw-ins in total. Some of the findings were really game-changing towards football in terms of how important throw-ins actually are. There is on average one throw-in every two minutes in a game and if you average 45 anythings in a game then they have to have an impact.’

It was while studying for your UEFA Pro Licence that you developed a relationship with Frank Lampard, which of course ultimately led to your move to Chelsea…

‘I was on the course for two years with Frank and Jody Morris but the phone call from Frank came completely out of the blue. He just said he enjoyed my work and we kept speaking for a period of time towards the end of the season.

‘Then the following summer after the Pro Licence finished he approached me. Wigan had gone into administration, even though we were doing well in the Championship, and obviously it was a terrible time for me but it ended up giving me the opportunity to join Chelsea. It’s something I will always be grateful to Frank for.’

Other opportunities have continued to come your way, most notably on the international stage where you have worked with the Republic of Ireland and, most recently, Belgium. How did those roles come about?

‘With Ireland, they thought I was leaving the club with Frank and they approached me to go in as assistant manager. Once they realised I was staying with Thomas, the club then facilitated for me to do both roles as a young coach trying to gain experience and develop.

‘It was a fantastic experience and I loved every minute of it. They had a great group of people, working-class people like me, and there was a team spirit there that was completely intoxicating and made you love going to work with them.

‘Then another opportunity came along where Roberto Martinez and Belgium had been watching the work I was doing and approached me around January of this year. I left Ireland with a heavy heart but I felt it was an opportunity again to go and work with a world-class set-up and of course to go to a World Cup.’

After the arrival of Thomas Tuchel in January 2021, you were quickly taken in as part of the new coaching group and have remained a key figure ever since. How have the past 18 months been for you working alongside Thomas and his staff?

‘I’m an adopted German now and in return I teach the lads Scouse! I’m very lucky to be a part of this group of staff. To talk about them and the work that they do is not the right place to start because to talk about them as people is the most important thing.

‘From Thomas to Arno [Michels], Benni [Weber] and Jogi [Zsolt Low], these are top people. The way they’ve been with me and the way they’ve brought me into the staff, I couldn’t be more thankful.

‘The level of work that they produce, for a young coach like me to be around it, to help and share my ideas inside a circle like that, is simply first-class.’ 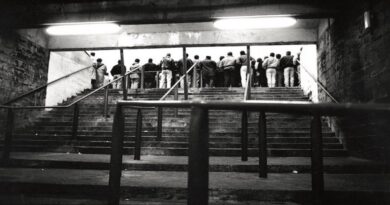