The cost of living crisis and its impact upon fans at non-league level is at the heart of a new joint survey between the FSA and the Non-League Paper, which launched this weekend.

With inflation at levels not seen for decades and the rise in day-to-day cost of living putting a squeeze on household budgets across the country, we are keen to see how this will affect attendance and matchday spend throughout non-league, where budgets are at their tightest.

The survey looks to gather data which can be shared with leagues and clubs throughout the pyramid to help them plan for the winter ahead.

Fans will be asked their views on potential cost-saving measures, such as earlier kick-offs to help save on energy usage, as well as views on clubs increasing ticket and food and drinks prices to help them survive.

Andy Walsh, head of the national game at the FSA, said: “Non-league clubs are warning that without assistance the increase in energy prices and the effect of high inflation will create unmanageable financial pressures throughout the game, putting some clubs’ futures in jeopardy.

“This survey in partnership with The Non-League Paper will gather supporters’ views and help in our discussions with the football authorities and leagues, providing real data on how the rising cost of living is impacting fans, and help clubs navigate these difficult times.”

The Chelsea Supporters Group are aware that many Chelsea supporters are also fans of Non League local clubs so, this is a chance to put your views across that will hopefully make a difference. Thank you.

Chelsea And The CPO – Survey Reports 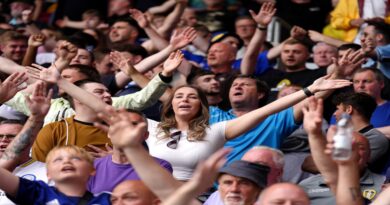