I always enjoy the trip to Leicester, it’s not too far away and for the past couple of seasons I’ve enjoyed the aural delights of the ‘disco car’ and the culinary delights of a local curry house. And ever hopeful of all 3 points, it was a hat trick of delights!

With plenty of distraction off the pitch, the most important eleven on the pitch were Courtois in goal, with the usual back five of captain Cahill, Luiz and Azpilicueta flanked by Alonso and Moses. Our usual midfield maestro pairing of Matic and Kante were sitting behind Pedro, Willian and Hazard mixing it up as a front three. On the bench were Begovic, Ivanovic, Zouma, Fabregas, Loftus-Cheek, Chalobah and Batshuayi. Costa didn’t travel due to injury. Or was it a case of the Beijing Belly caused by a dodgy Chinese?! Whatever it was, it was, and still is, keeping the media drooling.

As the teams lined up for kick off, everyone inside the ground took part in a rousing minute’s applause in honour of, most notably, ex-England and ex-Watford manager Graham Taylor, whose untimely passing had been reported. RIP.

In light of events at Cobham it was clear that our manager had the fans full support, Antonio’s name sung loud and clear from the off, the travelling faithful were the in good numbers and in good voice. And it wasn’t long before our corner of the ground was rewarded with the opening goal, moving the ball well around the edge of the box at the far end of the ground before Azpi dropped a longer ball towards the six yard box. After a bit of pinball between Hazard and Pedro, the ball landed nicely for Alonso with just enough space to blast it through keeper and defender and into the corner of the net, and on his right foot! Antonio…..Antonio! 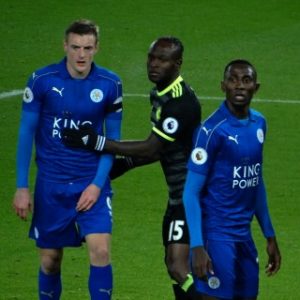 With 10 minutes on the clock it was good to see mobile phones lit up around the ground in a pre-planned gesture of support for Leicester and Chelsea old boy Alan Birchenall, recovering from a recent heart attack. Get well soon, Alan.

We looked comfortable; and while the quality of football wasn’t always on display, a few misplaced passes from both sides, we didn’t really look like conceding, Vardy pretty much nullified and looking a bit lonely on his own up front. Inevitably, the home side did have their moments, but we seemed to have the measure of them, their main threat coming from set pieces.

We continued to pop the ball around, and while Leicester may have been increasing in confidence while the score remained at just one goal difference, they didn’t really look like capitalising on it. While our boys at the back still had to deal with a couple of sticky situations, at the other end a long ball up the pitch from Alonso had Schmeichel out of his box, but his efforts to clear the ball totally Fuchs’d up in a mix up with his teammate.

Approaching half time and in a breakaway move, the man with the lightning legs was sprinting his way up the pitch, eventually pulled back by the defender for a free kick in a promising position. As David Luiz lined up for the expected blast, he fooled us all as he rolled the ball to the edge of the box where Hazard was waiting to lay it back to Pedro who managed to fire the ball over the goal. Nice idea, but not this time! HT 0-1. 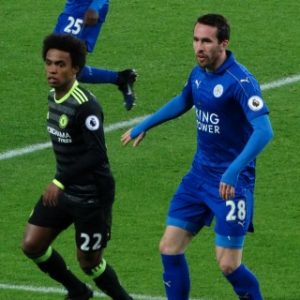 We really looked like we meant business at the start of the second half, keeping hold of the ball, passing it around with ease, patient build up, as we worked our way up the pitch. And then he Fuchs’d it up again; pulling Willian’s shirt in plain view of the away fans in the corner below us, leading to a useful free kick that was aimed at the penalty spot. But when the ball reached Alonso at the edge of the box he took his aim at goal and let rip. OK, it was a deflection but it was on target – a second goal for our flying left wing back and a second goal for us. Antonio……Antonio…..we’re top of the league…..

We took control of the place, players and fans alike; our boys in total charge of proceedings on the pitch, us supporters in the away stand silencing the home fans with their migraine inducing drum and their noise manufacturing clappers. Our boys out there were enjoying themselves too, if Gary Cahill can attempt an overhead kick at goal you know things are going well!

It was wave after relentless wave, Alonso looking for his hat-trick, and he wasn’t far away when he struck a beautiful shot just wide. They were all at it – Hazard dancing his way towards the goal like a moth towards the light, Willian with his flicks and Pedro with those lightning legs – a blessed trinity!

We finally killed the game off with 20 minutes left to play; Kante providing opportunity for Willian and Pedro to combine with tricks a plenty as the smiling one nodded past the Leicester defenders while Schmeichel was still stranded attempting to block Willian’s shot. Antonio……Antonio…..Ole, Ole, Ole, Ole….

There was nothing Leicester could do, they just didn’t look like scoring at all, Steptoe was all but anonymous. Our defence mopped up everything at the back while our forward three/five combo threatened the Leicester defence at any given opportunity. In the middle of the pitch Matic was strong and Kante played his usual fast thinking link up balls. It might not have always been nonstop pretty football, but we stepped up when we felt like it and stopped them from doing the same.

As we approached the last 10 minutes of the game we made our first change, Hazard replaced by Fabregas, and a few minutes later Willian and Pedro were replaced by Batshuayi and Loftus-Cheek. A change in personnel but no change in determination as we continued to dominate, Alonso in particular urged to shoooooooot for his hat trick whenever he got hold of the ball in their half!

For the rest of the game we just flicked the ball around effortlessly while our opposition had given up trying and just looked on as mere spectators. At the end of the game Antonio did his usual hugs all round before joining most of the players with their appreciation of the tremendous away support. I say most, Fabregas headed straight for the tunnel – maybe he needed the loo!

Another win on the road and 7 points clear at the top of the league. Come on you Blues! 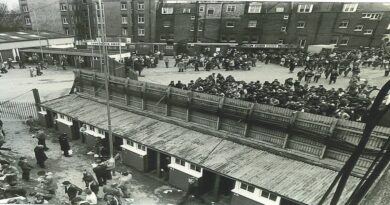 Celery! Representing Chelsea In The 1980s