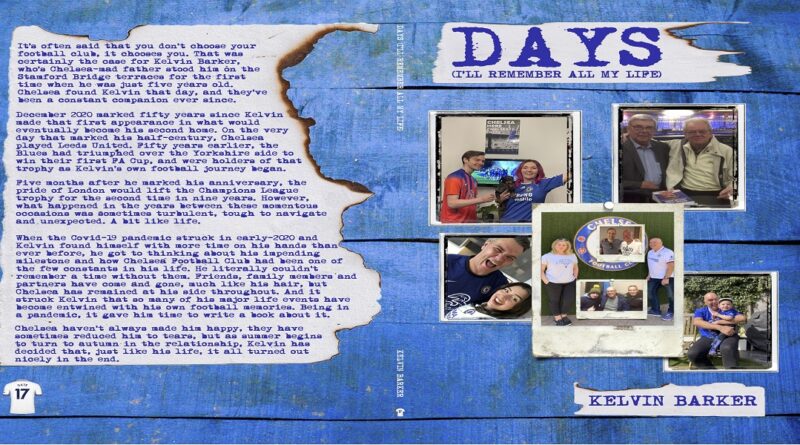 “It’s often said that you don’t choose your football club, it chooses you. That was certainly the case for Kelvin Barker, who’s Chelsea-mad father stood him on the Stamford Bridge terraces for the first time when he was just five years old. Chelsea found Kelvin that day, and they’ve been a constant companion ever since.

December 2020 marked fifty years since Kelvin made that first appearance in what would eventually become his second home. On the very day that marked his half-century, Chelsea played Leeds United. Fifty years earlier, the Blues had triumphed over the Yorkshire side to win their first FA Cup, and were holders of that trophy as Kelvin’s own football journey began. Five months after he marked his anniversary, the pride of London would lift the Champions League trophy for the second time in nine years. However, what happened in the years between these momentous occasions was sometimes turbulent, tough to navigate and unexpected. A bit like life.

When the Covid-19 pandemic struck in early-2020 and Kelvin found himself with more time on his hands than ever before, he got to thinking about his impending milestone and how Chelsea Football Club had been one of the few constants in his life. He literally couldn’t remember a time without them. Friends, family members and partners have come and gone, much like his hair, but Chelsea has remained at his side throughout. And it struck Kelvin that so many of his major life events have become entwined with his own football memories. Being in a pandemic, it gave him time to write a book about it.

Chelsea haven’t always made him happy, they have sometimes reduced him to tears, but as summer begins to turn to autumn in the relationship, Kelvin has decided that, just like his life, it all turned out nicely in the end”

Signed copies available via www.gate17books.co.uk where there is an automatic 10% donation to the Alzheimer’s Society. 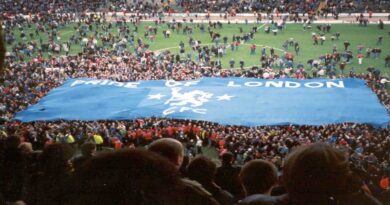