We will travel to the Westfalenstadion in Germany for the first leg on Wednesday 15 February 2023, with the game kicking off at 8pm UK time.

The return leg at Stamford Bridge will be played on Tuesday 7 March 2023, again with a start time of 8pm (UK).

This will be the first competitive meeting between the two sides, with a place in the last eight of the Champions League up for grabs. It also represents the opportunity for Christian Pulisic and Pierre-Emerick Aubameyang to take on their former club.

Ticket information for both legs will be announced in due course.

The Chelsea Firsts, Records And Landmarks In 2021/22 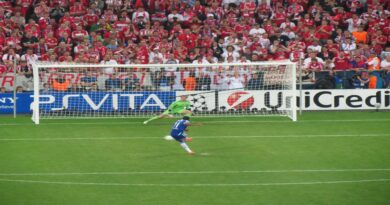