Speaking with the enemy – Manchester City

“You can find me on twitter (far too frequently) where I like to rant about the cost of modern football, tourist fans and generally have a laugh, usually at the misfortunes of Arsenal and United. @CityNeil69

1. So why City? A little bird tells me your son is a Chelsea fan – how did that happen?

We are an odd family, my Dad is a United fan, but he’s never been a match-goer. His friends started taking me to City as a 6 year old. I fell in love.

My eldest lad is City but the youngest, determined to be different in every way to his brother, chose Chelsea……. I blame poor parenting really.

I admire the little ones self-confidence, in the face of constant attempts to convert him, he simply says “Dad, you never change your team”…….

2. Mancini seems to split opinion amongst City fans – what do you think of him? Could any manager have won the league with your squad?

I’m not sure that’s strictly true. There are a few fans who love to moan, if we’re not 5-0 up at half time we need a new manager.

Personally and I think the same applies to the majority of blues, I love Roberto. From day one he built us into a good defensive unit and has gradually added flair players and goal scorers.

Hence last season having both the best defensive and attacking records in the league. He’s won the Premier League, the FA Cup and (As you all know) the Community Shield….

Could anyone manage us ?? As you know yourselves, a great squad guarantees nothing.

3. If you could have any one Chelsea player, who would you have?

Although we didn’t “need” any summer signings I was disappointed we didn’t chase Edin Hazard a little harder. He’s young, versatile and a clever player that could’ve been moulded perfectly into our team.

I took my lad to the Chelsea v Shakhtar game recently and was very impressed, not only with his contribution, but his movement and work rate off the ball.

4. Which player would you not sell for any price?

If I had to choose one, it would be Joe Hart. Already among the best keepers in the world, he’s only 25 and fair way from his peak.

Great teams always have a great keeper, and there’s no one I’d replace Joe with.

5. City have been called the Chelsea of the North – how do you feel about that?

I’ve developed an empathy with Chelsea fans, as you went through the same media nonsense as we are suffering now.

The fact we have had a huge injection of cash is a source of other fans jealousy and gives them excuses for their own teams underperformance.

“You bought the league” “A billion pounds to win the FA Cup” Well actually, I’m ok with that now. If Arsenal want to treat football as business, or United don’t spend because they have debts to pay, then I don’t really care. We’ve had 35 years of nothing and we’re still here. Lets enjoy the ride……….

6. Given your squad, why do you think you are struggling in Europe?

Its our 2nd year in Champions League, on both occasions we’ve been placed in by far the toughest groups. I honestly believe all the English clubs would have struggled in our group this year.

Keep your eye on Dortmund, probably the best team I’ve ever seen at the Etihad, I’m tipping them to win it this year.

That said, we should have done better this year, Champions League is a step up in quality from the Premier League and every mistake is punished, we’ve made too many mistakes.

We will learn from this and be better next season, in the meantime, I’ll happily settle with retaining the title.

7. What is your song “we’re not really here” all about?

There are a number of urban myths about the origins of that song…. In 1998, we played away at Millwall, away fans were banned due to crowd trouble at a previous game, several City fans went in the home end and obviously stayed silent through the game, giving rise to “we’re not really here”

It was a very apt song though while we travelled around obscure Division 2 grounds (Old 3rd Division to those of a certain vintage) Not quite believing how far we’d dropped down the league and never expecting to be watching City at places like Chesterfield and Northampton…..

8. Who is your all time favourite City player?

I have a few Cult Heroes that I love, Goater, Rosler, Dickov, Andy Morrison, Neil McNab, David White to name a few, but the stand out player of my generation was Georgi Kinkladze.

A tiny Georgian, he played in possibly the worst City team of all time, between 1995 and 1998, we were relegated twice. However, “Kinky” made life bearable with moments of brilliance that defied belief.

His solo runs from the half way line, with a goal at the end, still make most fans top 10 goals lists.

Nothing to see here….. move along.

Here is a man who certainly does split opinion among fans, I hear a lot of comment these days about it being time to move him on.

I never slate our players, and I do believe the boy is a potential world class superstar, remember he has only just turned 22…….

The “problem” we have at City, is that Aguero and Tevez are far too good to drop and Dzeko has the best scoring record in Europe coming on as sub, so when will Mario ever get a run of games ??

In the past, when he has had a run in the team, he’s scored plenty, but he’s also had rash moments and been sent off.

For me, while he’s happy being a squad member, he stays…… Lets face it, he must be immense fun to be around in the dressing room……..

10. When Chelsea made it to the Champions League final last year – did you want them to win or not & why?

Yes, Of course I wanted Chelsea to win and for a number of reasons.

Firstly, having taken the mickey out of my Chelsea supporting young son, for your 6th place league finish and our Premier League win, I wanted him to have something to be happy about.

Secondly, I’ve been to Germany a few times now and have come to despise Bayern Munich, the Manchester United of Germany, the club who are only happy when they have more money than everyone else and therefore dominate their league.

I also had to admire the way the way you won it, against all the odds, the hard way (10 men against Barca etc) it was a very “City” way of doing things.

11. How have United fans taken to your recent success?

Oh they’re extremely gracious and happy for us……….

Well, when I say happy, I mean absolutely bitter and twisted. Most seem to have that arrogant attitude whereby United have a divine right to win everything. Remember, they’ve never broken transfer records several times over, they haven’t had the highest wage bill ever, they only develop their own youth (Smalling, Jones, Hernandez, De Gea, Rooney, RVP etc), and they have a “History” apparently…….

So it seems the “Nouveau Riche” like you and us, upsetting the old guard, is a most unwelcome competition…..

12. Finally, which way do you see this weekend going?

Honestly, I’d be happy with a point. Another improved result on last season.

Although, given your recent dip in form, a striker whose forgotten how to score, a defence that appears vunerable, John Terry out injured, and with us just starting to show signs of last seasons performance levels, It wouldn’t be too surprising if we nicked it (Ah yes Neil, but you hadn’t allowed for the ‘Rafa’ effect!! – Ed).

On a final note, as I know it irritates a number of Chelsea fans, I do hope you can keep your Flag straight as it moves across the MH Stand…..

(You can see all the ‘Speaking with the Enemy’articles here) 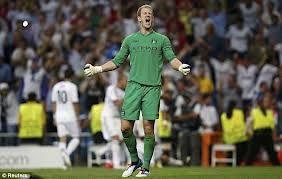 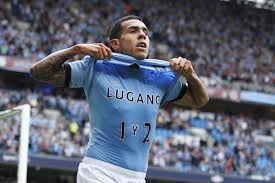 Speaking With The Enemy – West Brom

One thought on “Speaking With The Enemy – Manchester City”