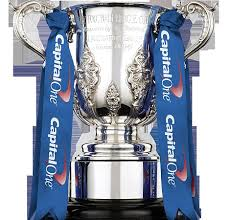 Following the 2-0 win over Swindon Town last night in the Capital One Cup, the draw tonight pulled out Chelsea against Arsenal away in the 4th round after their penalty shootout win over West Brom.

The date for Arsenal v Chelsea has been set for Tuesday 29th October at 7:45 pm kick off

Other ties are scheduled to take place in the week commencing 28 October.

Capital One Cup fourth round draw in full:

Speaking With The Enemy – Arsenal

Chelsea v Sunderland or Southampton Away In The Capital One Cup