To mark the start of a brand new year on the Chinese zodiac calendar today (22 January), we take a look back at what has happened at Chelsea Football Club on the previous occasions when we have celebrated the arrival of the Year of the Rabbit.

In Chinese culture, the zodiac cycle lasts for 12 years with each year represented by a different animal with the rabbit following the tiger, ox and rat as the fourth animal in the cycle.

Although war was raging in Europe when the Year of the Rabbit first arrived at Chelsea in 1915, football in England continued in a notable but unusual campaign for the Blues.

While Dave Calderhead’s side struggled in the league and finished second from last in the First Division after failing to win an away game all season, victories in the FA Cup at Manchester City and Newcastle United and a semi-final triumph against league champions Everton sent us through to our first final.

Unfortunately, our luck in the competition ran out on a windy, foggy and miserable day at Old Trafford. Sheffield United scored twice in the last six minutes to seal a 3-0 win in a game dubbed ‘The Khaki Final’ for the crowd of nearly 50,000 who were largely clad in army uniforms.

Chelsea narrowly missed out on promotion to the top flight by two points in the Year of the Rabbit in 1927 but a strong finish 36 years later sent us up by the narrowest of margins.

Under Tommy Docherty, the Blues had been in good shape for an immediate return to the First Division midway through the season before a poor run of form after the Big Freeze of 1963 threatened to derail our campaign.

With two games left, Chelsea trailed second-placed Sunderland by four points but a 1-0 win over the Black Cats at Roker Park and a 7-0 thumping of Portsmouth at Stamford Bridge, which featured four goals by Bobby Tambling, saw us finish ahead of the north-east side on goal average.

Docherty’s Diamonds kicked on there and went on to finish fifth in the top tier in 1963/64.

Chelsea narrowly avoided relegation in the Year of the Rabbit in 1939 (finishing one point ahead of Birmingham City and 1951 (edging Sheffield Wednesday and Everton on goal average) but we could not avoid the drop in 1975 after finishing a point behind Tottenham Hotspur.

After enjoying much success in the previous dozen seasons under Docherty and Dave Sexton, it was time for a refresh and former left-back Eddie McCreadie was tasked in April 1975 with rejuvenating the team in the midst of a financial crisis brought about by the costly development of the East Stand.

The Scot was unable to sign new players to replace the old guard but with a youthful and attractive attacking side captained by teenager Ray Wilkins, he revived our fortunes in the second tier before leading us to promotion in 1977.

After being pressured by the Football League to sit out the inaugural edition of the European Cup in 1955, Chelsea had to wait 44 years before getting our next chance to play in the continent’s top club competition.

Our moment finally arrived in 1999 after a strong campaign under Gianluca Vialli which had seen the Blues just four points off winning the Premier League title as we finished third, our highest league position since 1970.

A 3-0 aggregate win over Latvian side Skonto Riga secured our place in the Champions League group stage and we went on to top a group section which included Italian champions AC Milan, German side Hertha Berlin and Turkish giants Galatasaray during our run to the last eight.

The Year of the Rabbit did not start too well for Chelsea in 2011 as a home loss to Liverpool and 0-0 draw at Fulham dropped us to fifth in the Premier League, behind Arsenal, Tottenham and the two Manchester clubs in the race for Champions League qualification.

However, a 2-1 comeback win over Manchester United on the first day of March turned things around for the Blues as we went on a streak, winning eight of our next nine league games. That excellent run which also included crucial wins against Man City and Spurs saw us overtake three of our rivals and close to within three points of leaders United with three games left.

Throwback to 2011 – David Luiz grabbed his first Chelsea goal to help the Blues to take 3 points off Man United. Can he do it again tomorrow?

Although the Red Devils managed to hold on to win the league title, our second-place finish ensured we were in the pot for Europe’s biggest club competition which would culminate in arguably the greatest night in the club’s history in Munich the following year. 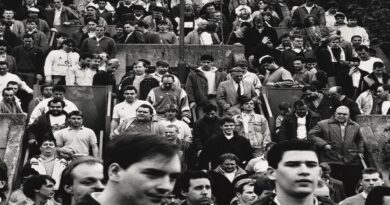