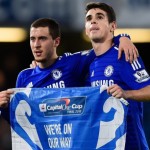 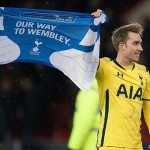 Chelsea, the club that condescending Liverfools claim has got no history, has indeed an interesting history of league cup skirmishes against London rivals Tottenham Hotspur.

Ahead of this Sunday’s forthcoming Capital One Cup final, let’s take a brief look down memory lane at the previous seven tussles in the league cup between these two neighbours.

It is interesting to note that all such cup ties took place at the business end of the league cup, so much was at stake, aside from local bragging rights.

Peter Osgood scored shortly before half time. ‘Spurs’ then scored twice early in the second half, but a late penalty from John Hollins ensured a narrow home win.

Martin Chivers scored just before the interval. Chris Garland repeated his goal from the first leg, but it took a late equaliser from Alan Hudson to deny Tottenham.

Chelsea did everything but score in this one-sided contest. At least Dave Beasant kept a clean sheet. Had Chelsea blown their best chance to defeat Tottenham?

Andy Townsend helped Chelsea into an early lead. Later in the second half Kerry Dixon and a Dennis Wise penalty rubbed salt into the home club’s wounds.

The prolific Jimmy Floyd Hasselbaink scored in each half, but a Les Ferdinand effort halfway through the second half gave the visitors an important away goal.

In this freak result, everything that Tottenham fired at the Chelsea goals seemed to fly into the top corner of the net. Hasselbaink was also wrongly sent off.

A Drogba free kick presented Chelsea with the interval lead. However a rare goal from Woodgate early in extra time proved decisive against lack lustre Chelsea.

TV Coverage For Norwich In The Cup + Ticket News