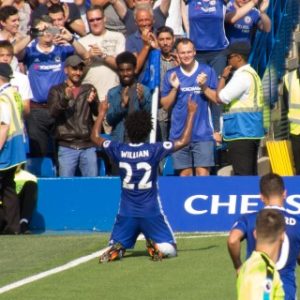 The live TV broadcast selections for Premier League matches in December and January have been made, with two Chelsea home games and six away games affected.

THE FOLLOWING LIVE TV MATCHES AT STAMFORD BRIDGE WILL NOW BE AS FOLLOWS:

*Please note, the kick-off for the Chelsea v Hull City game is subject to change due to EFL Cup semi-dinal matches.

THE FOLLOWING LIVE TV AWAY MATCHES WILL NOW BE AS FOLLOWS:

Due the team now playing on Sunday 11 December, the following midweek game has been moved from a Tuesday to a Wednesday. Therefore our away game at Sunderland is as follows:

One thought on “Seven Games Moved For TV Coverage”