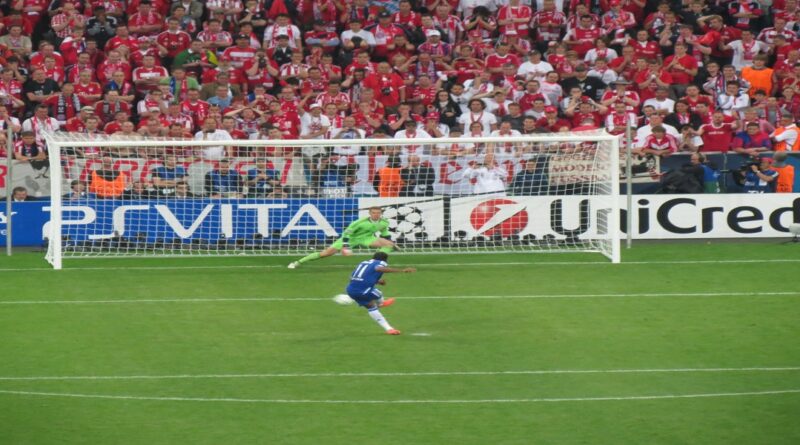 On the 10th anniversary of our Champions League triumph in Munich, we tell the story of our journey to becoming Europe’s finest, an adventure full of agony and ecstasy that culminated in a bonkers night in Bavaria…

–The Guardian newspaper ahead of the 2012 Champions League final

When Didier Drogba stood over what would prove the most famous kick in Chelsea history, the club’s past Champions League campaigns weighed heavily on his shoulders. It had been a thrilling if sometimes tortuous journey to that night in Munich in May 2012, but a deep breath and a swing of the Ivorian’s right leg later, and those Champions League demons had been laid to rest. For the first time, Chelsea were the champions of Europe. How we had fought to get there!

Our association with the continent’s elite competition had begun 13 years earlier, prior to Roman Abramovich’s purchase of the club. A Blues side managed by Gianluca Vialli, and containing plenty of stellar names, such as Marcel Desailly, Gustavo Poyet and Gianfranco Zola, felt right at ease mixing it with Europe’s best.

The football was electric and effective, seeing Chelsea through two group stages and producing iconic match-ups against giants of the game, like AC Milan and Lazio. Another, Barcelona, with Figo, Rivaldo et al, awaited in the quarter-finals. An extraordinary first leg, in which the Blues raced into a three-goal lead before half-time, was unlike anything Stamford Bridge had witnessed before. Alas, five of the next six goals in the tie were scored by the Catalans to send them through, but a rivalry had been born.

‘I will never forget the atmosphere, and how happy everyone was in the stadium,’ said two-goal Tore Andre Flo after the first leg. ‘Finally Chelsea could play and beat the better teams in Europe.’

It was three years before Champions League football returned to the Bridge, but this time the influx of stars that had joined following Abramovich’s arrival meant expectations were higher. After safely navigating the group stage and round of 16, the 2003/04 European campaign’s highlight came at Highbury, where a late Wayne Bridge goal ended a long run without beating Arsenal and secured our place in the last four at the expense of our London rivals. ‘It was when Chelsea began to dominate Arsenal,’ reflected Bridge years later.

Against Monaco in the semi-finals, disaster struck in what was the first of four agonising exits at that stage of the competition. At 2-0 up in the second leg at home, the Blues were heading to the final, but the Principality team fought back, helped by some tactical mistakes and refereeing errors over the two games.

The rivalry with Barcelona was renewed the following campaign. Another epic tie, this time in the round of 16, went our way courtesy of John Terry’s late header at the Bridge, the deciding goal of nine scored over two engrossing legs packed with drama. We then saw off Bayern Munich in the quarters.

Jose Mourinho’s Blues were marching to a first English league title in 50 years, but it was another Premier League side, Liverpool, who put paid to our European hopes that season. Controversy abounded as Luis Garcia’s second-leg ‘ghost goal’, the only one scored in the tie, was deemed to have crossed the line. Replays proved inconclusive. Either way, we had a new domestic and European foe.

After Barcelona had gained revenge for their defeat a year earlier by eliminating us in 2006, it was heartbreak at the hands of Liverpool in the semi-finals again in 2007, this time in a penalty shoot-out. Chelsea’s Champions League curse went on, and only intensified in the following two campaigns.

It is hard to know which was more painful. In 2008, we finally got the better of Liverpool in the semi-finals, helped by a Drogba brace and Frank Lampard penalty, on an emotional night at the Bridge.

The Blues were bound for Moscow, but our hopes of lifting the big-eared trophy in the owner’s homeland evaporated in the Russian rain as Manchester United emerged victorious from a penalty shoot-out after a 1-1 draw. Terry had the chance to win it for the club he adored and captained, but lost his footing when he struck his spot-kick.

‘To see Chelsea win the Champions League after what happened in Moscow definitely made those sleepless nights easier,’ our long-time skipper admitted following the Munich triumph.

The suspicion destiny was not on our side in the Champions League only increased 12 months later. This time, a last-minute Andres Iniesta strike for Barcelona – them, again – dumped us out in the semi-finals. Chelsea had dug in at Camp Nou to earn a goalless draw, gone ahead in the second leg through a Michael Essien thunderbolt, and then had a string of penalty appeals turned away as we sought to put the tie to bed prior to Iniesta’s gut-wrenching intervention.

For Petr Cech, Terry, Lampard and Drogba – stalwarts of all but our first two Champions League adventures – it must have started to feel like it was not meant to be.

2010 and 2011 brought relatively limp exits to Inter Milan and Man United respectively, but any notion the team’s European heyday was over was spectacularly quashed in 2011/12 during a Champions League campaign fraught with danger that ended in the greatest glory of them all.

Only victory over Valencia in our final group game secured a safe passage to the last 16, where a 3-1 loss away to Napoli instigated the replacement of Andre Villas-Boas with Roberto Di Matteo, a key member of Chelsea’s very first Champions League squad.

The Blues battled back in the second leg, helped by the old guard of Drogba, Terry and Lampard. The enthralling last-16 tie headed to extra-time. In it, Branislav Ivanovic slammed home what would prove the deciding goal, crowning one of the truly great Stamford Bridge nights. ‘We showed what Chelsea are really made of,’ beamed Terry.

After beating Benfica home and away in the quarters, it was Barcelona next. Them again! But perhaps the footballing gods were on our side this time. In the first leg at Stamford Bridge, the visitors missed a host of chances while Drogba took one of the few that came our way.

The second leg was arguably the most extraordinary game in our history. Two goals and a man down to the team many called the greatest of all time, somehow the Blues advanced. On the stroke of half-time, Ramires put us ahead on away goals with a sublime chip, and a heroic rearguard action kept Barca at bay after the interval. Cech made save after save, Lionel Messi hit the bar with a penalty, and then with time almost up, Fernando Torres broke clear to score.

Chelsea had climbed a mountain and some, but there was one more tough peak to scale: Bayern Munich in their own stadium. Missing four players through suspension, the Blues again deployed organised, resolute defensive tactics.

The ‘home’ side’s Thomas Muller headed Bayern in front in the closing stages, but Chelsea would not be beaten as Drogba improbably equalised with a couple of minutes remaining. Cech saved a penalty from his former team-mate Arjen Robben in extra-time, and two more in the shoot-out. That left Drogba with the chance to bring Chelsea’s rollercoaster quest for the Holy Grail to a conclusion. It was one he did not pass up. Chelsea Football Club, the Champions of Europe.