Making a profit and winning trophies! 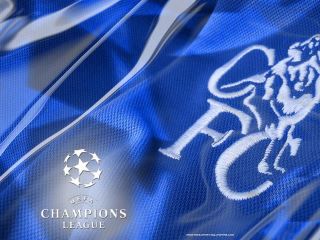 I’m sure the latest managerial shenanigans at Chelsea Football Club has been adequately covered elsewhere within this issue so I’d like to have a look at a story that has largely been forgotten about in amongst it all.

The fact that the club has made a small profit for the last year that accounts have been submitted for is quite remarkable, especially given the huge losses posted for the preceding years.

Of course the extra income from winning the Champions League and new sponsorship deals have played a large part in that but other, less direct factors have also been a consideration. For the last few seasons some quite major cost cutting has been taking place within the club.

Given the current economic climate and the obvious need to fall within the remit of the UEFA financial fair play regulations some might say that this was inevitable, however some of the cost cutting measures seem somewhat small and petty and deny Chelsea supporters several opportunities of going to events that have taken place regularly over quite a few years.

The open training sessions that have taken place at Stamford Bridge at the start of the season and during the school half term holiday in October have been quietly dropped this season, so denying many young fans who may not be able to attend matches the chance to see their heroes up close and maybe even get an autograph or two!

With Christmas fast approaching two other things that have been phased out will also spring to mind. The carol concert that has been held at Stamford Bridge since the days of Ken Bates has gone and so has the competition that enabled many young supporters the chance to enter and design the clubs official Christmas cards.

It was always on the cards that changes were going to be made to the Fans Forum for this season but the fact that the meetings have been reduced from four to three is another cost cut. The hugely successful supporters’ football tournament that has been held at Cobham during the last several years was cancelled this year with the reason being cited that an Olympic team may be using the facilities, but could this have been another cost cut?

Many staff members who have given years of loyal service to Chelsea’s highly successful Football in the Community programme have been dismissed with their jobs being sub contracted out.

Chelsea TV do not appear to have missed out from the cost cuts either, with previously promised live matches from the youth, under 21’s and next generation series of games no longer being shown.

This move appears to have been counter productive as many regular and loyal viewers have cancelled their subscriptions due to this measure and, it must also be said, as a protest against the recent events at the club.

Of course all these measures of saving money, some large some small, will add up to quite a substantial figure but I’m sure if you add up this figure with any other measures that have taken place it will come nowhere near close to the figure that the club have paid out to obtain managers and then pay them and their staff off when they have been dismissed from their jobs.

Let’s hope with the huge increase in money that will be received from next season in various new TV deals there will be no further need for cost cutting and maybe some of the events that have been cancelled will be re instated?

One thing that the club can be congratulated on and one that will cost them money is the decision to run trains and coaches for the forthcoming League Cup match at Leeds. £10 for a return trip to Leeds is a good deal by anyone’s standards, well done Chelsea FC.

One cause for concern though is the fact that between Leeds and the West Yorkshire police force has decided that Chelsea should not be given the full allocation of tickets that they are entitled to under the competition rules so depriving many supporters the chance to see the team play against one of our oldest rivals.

There is a feeling that had the game been at Stamford Bridge, Leeds would have been given the entire Shed End with no hesitation at all!  If Leeds cannot be seen to be abiding by the competition rules then should they be allowed to remain in it?

Or if West Yorkshire police cannot properly police the right number of away supporters should they be taking lessons from their colleagues in the Met?

CSG To Meet With Metropolitan Police

“On The Pitch” With Help A London Child