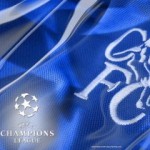 “Paris Saint-Germain will be our next opponents in the Champions League.

The draw for the Round of 16 knockout stage was made in Nyon, Switzerland today (Monday) and as one of the group winners, we will play away in the first leg.

The game in the French capital will take place on Tuesday 17 February. The match at Stamford Bridge will be on Wednesday 11 March.

The tie is a repeat of last season’s quarter-final from which Jose Mourinho’s side progressed. We also met in the group stage in 2004 and in Mourinho’s first Champions League game as Chelsea manager won 3-0 in Paris. In their current squad is of course David Luiz who moved there in the summer. PSG are currently second in Ligue 1, behind Marseille”

Let’s hope they have sorted their policing and stewarding out a bit better and our disabled supporters don’t suffer the type of abuse they got on our last visit!