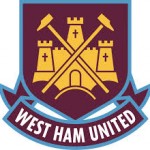 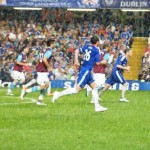 I have looked through the Chelsea archives and discovered that doubles against the east end wannabes of West Ham United have been very thin on the ground, although that perhaps owes much to them failing to be in the same league as Chelsea [or vice versa!]

Therefore, our two Premiership wins this season against the Hammers are something of a collector’s item. Remarkably, Chelsea did not secure their first league double over West Ham until the very end of the ‘seventies, long after such a feat had been accomplished against much bigger clubs than that from Upton Park.

Here underneath are the six other double seasons against Wet Sham:

Gary Johnson scored inside the first ten minutes. Petar Borota and his defence helped themselves to a second clean sheet in their first two league matches.

A Holland goal presented the away team with the lead. A Lee Frost goal quickly cancelled this out. In the second half, Mike Fillery scored the decisive winner.

The Blues only led 1-0 at the halfway stage. The goals flowed after the break, with Mario Stanic scoring twice on his debut. Hasselbaink and Zola also scored.

First-half goals from Gudjohnsen and Hasselbaink provided the visitors with their first away win in the league since a 1-0 at Leeds on April Fool’s Day 2000.

A goal from Lamps helped Chelsea to an interval lead. Harewood equalised after the break, but goals from Crespo and Drogba gave the Blues all 3 points.

Despite being reduced to ten men and conceding an early goal, an inspired Chelsea crushed the Hammers with two goals in each half.

A rare goal from Geremi halfway through the first half separated the teams, while Cudicini and the defence collected their third clean sheet of the month.

Shaun Wright-Phillips scored twice to hand the visitors a 2-1 interval lead. Kalou and Drogba then added further goals as Chelsea won with ease.

Lampard, Joe Cole, and Ballack scored in quick succession in the first half, while Ashley Cole added a second-half fourth, days after a League Cup final defeat.

John Terry and Diego Costa scored either side of half time in a very one-sided contest. Thibaut Courtois and his defence were rarely tested by the visitors.

Courtois earned the distinction of two shut-outs against West Ham in the same season. His compatriot Eden Hazard netted the only goal of this epic contest.